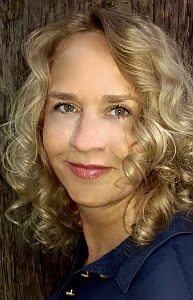 Posted at 10:10h in Energy Report by Solara

The New Moon on March 2 heralds the next step in our journey of manifesting our vision.

It brings a wave of creative energy and a new direction for our way of working together. Choices are to be made, ideally the choices of the best possible outcomes or the highest truth.

At the same time, the overall energy is chaotic. The magnetic fields and the Schumann resonance are unstable. The next solar storm is on its way and the effect will reach us in 2 days.

Let`s take a deep breath and keep our focus on the path we set out on at the beginning of this special year:

If you say YES, then go into action. Do it!

The rose-coloured glasses have now at least 20 diopters - better expressed, we can speak at the moment of 2 rose-coloured eye patches.

The rose-colored glasses have now at least 20 diopters - better expressed, we can speak at the moment of 2 rose-colored eye patches.

They bring a very softened and completely distorted view of things for many. What is happening, said or promised in the foreground (especially in politics) is the carrot that is supposed to give hope. Something completely different is going on in the background. Something so different that even people who have done a lot of background-research would be surprised.

Manipulation and mass hypnosis have reached a new peak. We see it in the uniform statements, posts and actions that are spread not only in the Muppet news (mainstream) and on social media, but also by many private people. We already observed this during the last 2 years, with the 'masterpiece' of one of the most malicious deceptions in the history of mankind. Now it has reached a new quality.

THE LIGHT SIDE OF THE COIN

If we don't get caught up in the orchestrated chaos, distraction, power plays and oppression, our independence will grow stronger. 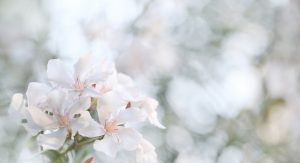 March in particular is a phase where UN-dependence wants to take the highest place next to love. Let us literally hang off all the nonsense. (Foto Natalia Belentsova)

The temptation of the shadow to sit back in the hope that we will get the stalled carrot in the end after all (lifting of lockdown measures etc.) seems to be still thrilling for many. They are just waiting that 'everything will be fine'. And amazingly many people, also those in the spiritual scene, still fall for it.

Let's stay clear, pay attention to the signs, look through the deception and deepen the connection to your Higher Self and your I Am Presence. Deep changes and great leaps in our personal development are possible ~ IF we use the new light.

SPECIAL EXPERIENCES IN THE NEW LIGHT

In the last newsletter I promised to write about some of my most impressive experiences from last weeks. Now I would like to tell you a story that is an excellent example of what it means to use the new light and to move forward courageously.

In February during the Portal Passage, I was working with a wonderful client whom I have known for several years. I remember clearly our very first one-on-one session.

When he came into my practice, I looked at him and in my direct way bluntly predicted that he was a 'big energy' and had a tremendous power within him that was waiting in this incarnation to finally be integrated and used in the sense of his higher purpose. I still clearly remember the waves of energy that flowed through me and through the room when I made this prediction to him.

He looked at me with big eyes and probably had only a vague idea of what I had revealed to him. Piece by piece we approached this prediction in the course of the years. In the most recent session, he experienced a key healing and initiation of a special kind.

We were finally allowed to work on his previously carefully hidden and inaccessible incarnation, which had taken place in another universe. In this one, my client had belonged to a group of seven very powerful beings. This group had the power to destroy entire galaxies. And this is exactly what had happened.

Since an incarnation like this is rare and affects many beings, realities and dimensions, we worked in several incarnations, dimensions and parallel realities at the same time, while resolving this enormous karma that contained so much suffering.

Since the other six beings of the group, as I saw, had already worked through their karma over the centuries, we finally came to an extraordinary healing point: all the souls, and there were many hundreds of thousands if not millions, who had been victims of the destruction of the galaxy and were still trapped by the shock, could now finally be free again in the course of my client's forgiveness and healing.

The humility and love that my client experienced with these beings was unique, as he later wrote to me.

I myself had not experienced anything like this before and was deeply moved. On the one hand because it was indescribable to be allowed to guide so many souls back into the light, to communicate with the leaders of the galaxy to bring about an agreement and then finally to accompany the karmic healing for my client and to reintegrate his previously 'missing' parts and abilities.

On the other hand, because I have incarnated at a time when we finally have access to frequencies that now make such a tremendous healing and transformation possible and because I am allowed to be a part of the 'new'.

Having been a channel and healer for almost 20 years, I know the difference: for a single session of this kind, or better issue processing of this kind, it would have taken years in the past - if we could have gotten to this key incarnation at all, let alone healed it completely.

The power and the parts that my client now regained and that we were able to integrate were all the ones that he had been missing. That was the reason why he had not felt complete until then, always running against walls and never having been able to live his full potential, simply because he had no access to it.

Of course, it was not easy for him to face his past and take responsibility for it - on the contrary. It was very painful. Abysses opened up. But it had been even more painful to suffer all his life, to settle for less, to stay small and be in the victim role - never having been able to be the best that he can be.

And so he had enough courage and willpower to face his truth. The precious gifts he got are not to be weighed out with gold.

This is the time when we can finally access our key incarnations again. And this does not always mean a similar scenario as described above.

The most important thing about each key incarnation is what we reclaim from ourselves. Because it is this power that we absolutely need to create this time. This power and understanding of what true love means, and what true co-creation as a team means - rather than destruction as a group - is what really matters now. We have the choice.

Only when each of us makes our contribution "everything will be fine".

May the humour be with you,

March 2: New Moon at 6:34 PM CET (UTC+1) ~ Enormous wave of energy is expected. It brings a surge of creativity and a new direction for the way we interact. Be aware of the shadow effect: See above article for details.

March 18: Full Moon at 08:17:36 AM CET (UTC+1) ~ Mystical energies already amplified by the Equinox. Hold focus as it gets wild and intense. Allow your field to expand in your true greatness.

March 19: Another stargate alignment ~ Stay clear, calm and balanced. The energies become even more intense and chaotic on the outside. Keep the focus on your highest outcome.

March 22: Spring Equinox in the Northern Hemisphere at 4:33 PM CET (UTC+1) ~ Another extremely potent portal, like all portals this year. We will receive a massive wave of new light. This divine light has intelligence and knows what to do. Be attentive and follow the signs and synchronicities.


By using SolaraVision.com you agree to the use of cookies.
acceptprivacy policyrefuse
Manage consent

This website uses cookies to improve your experience while you navigate through the website. Out of these, the cookies that are categorized as necessary are stored on your browser as they are essential for the working of basic functionalities of the website. We also use third-party cookies that help us analyze and understand how you use this website. These cookies will be stored in your browser only with your consent. You also have the option to opt-out of these cookies. But opting out of some of these cookies may affect your browsing experience.
Necessary immer aktiv
Necessary cookies are absolutely essential for the website to function properly. This category only includes cookies that ensures basic functionalities and security features of the website. These cookies do not store any personal information.
Non-necessary
Any cookies that may not be particularly necessary for the website to function and is used specifically to collect user personal data via analytics, ads, other embedded contents are termed as non-necessary cookies. It is mandatory to procure user consent prior to running these cookies on your website.
SAVE & ACCEPT